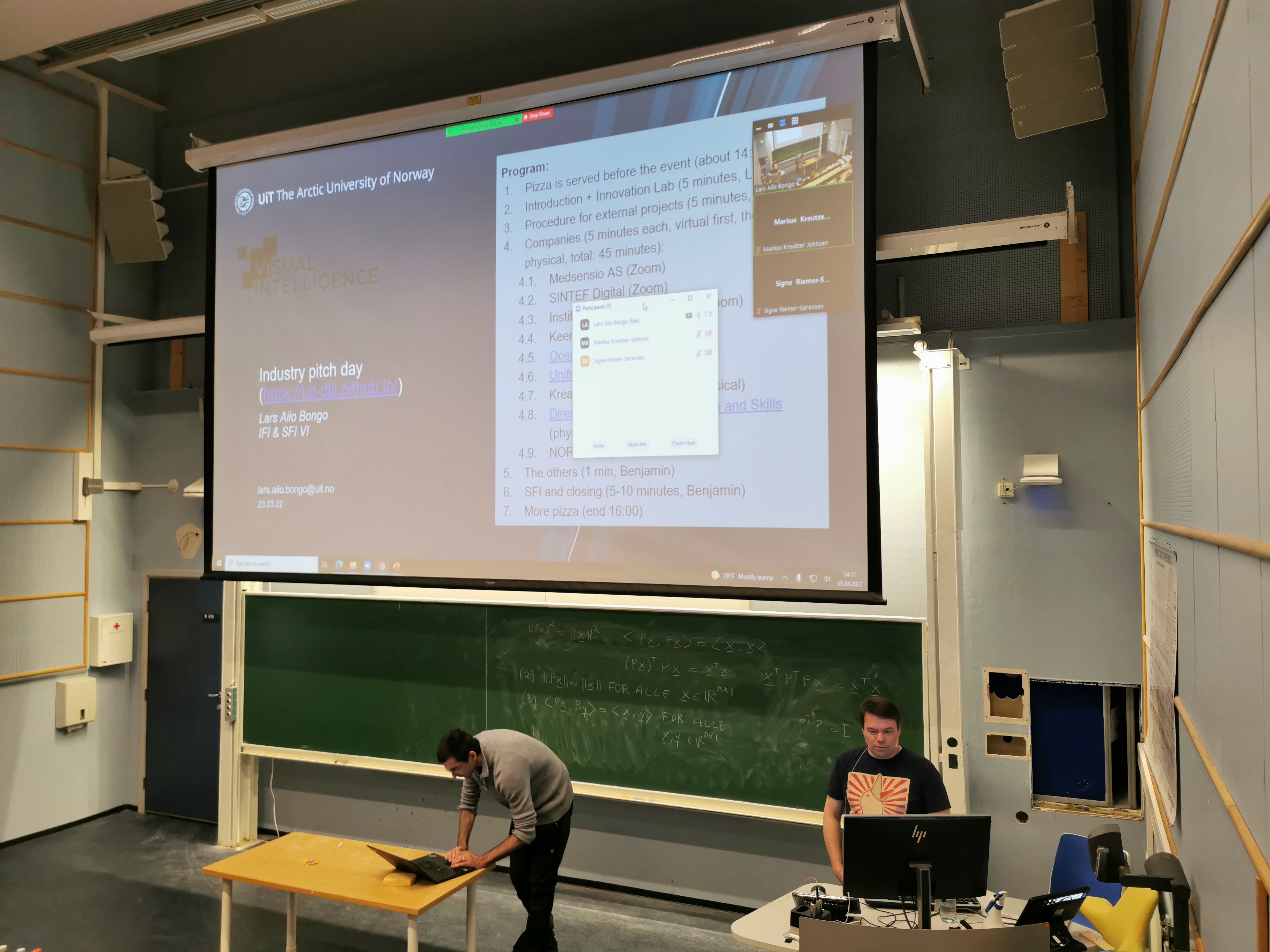 We invited companies, the public sector, and other organizations to present their ideas for master’s projects and to connect with students having an interest and background in computer science and machine learning.

The Pitch-day event took place on the 5th of April. It consisted of a selection of short pitches from startups to large research centers. Even more project proposals were sent by email and distributed to the students. There was a high diversity in the topics presented, from the analysis of texts, to images, 3D videos, weather, marine data, satellite images... We could feel a lot of enthusiasm and passion from the presenters. On the student side, more than 20 participants came, mostly from the computer science department and the physics and technology one.

The master project is an important part of the study program. After two years of pandemy, it may not be so easy for students to break their isolation and come back to normal interactions. It is important to help them by proposing such in-person events where they can re-connect with the university and companies' environment.

Thanks to the connections built over the years by one of the co-organizers, the Innovation Lab at UiT, several startups and small entities were given the opportunity to pitch. In these small structures, the help of a master student can make a difference. The startup can both have a new team member, curious and dedicated, and be connected to research and innovation via the academic supervisor. Besides, the pitch-day was a good opportunity to show the students that you do not need to be in the Silicon Valley or in a large city to launch or be part of a high-tech startup.

This event can also be seen as a contribution to a long-term plan to foster innovation and connections between the university and the industrial sector. This is one of the missions of the center SFI Visual Intelligence, one of the co-organizers. In addition, the event aligns with the strategy of developing the high north: it puts an emphasis on gathering local companies and local research centers, giving them high visibility.

The companies and institution that presented this year were: Medsensio AS, SINTEF Digital, Institute of Marine Research, Keenious AS, Oceanbox AS, Unifractal AS, Kreativ Teknologi @ Tvibit, Directorate for Higher Education and Skills, and NORCE. In addition, Helse Nord IKT, Arva AS, and Norwegian Centre for E-health Research proposed project but could not attend the event.

We look forward to next year's edition! 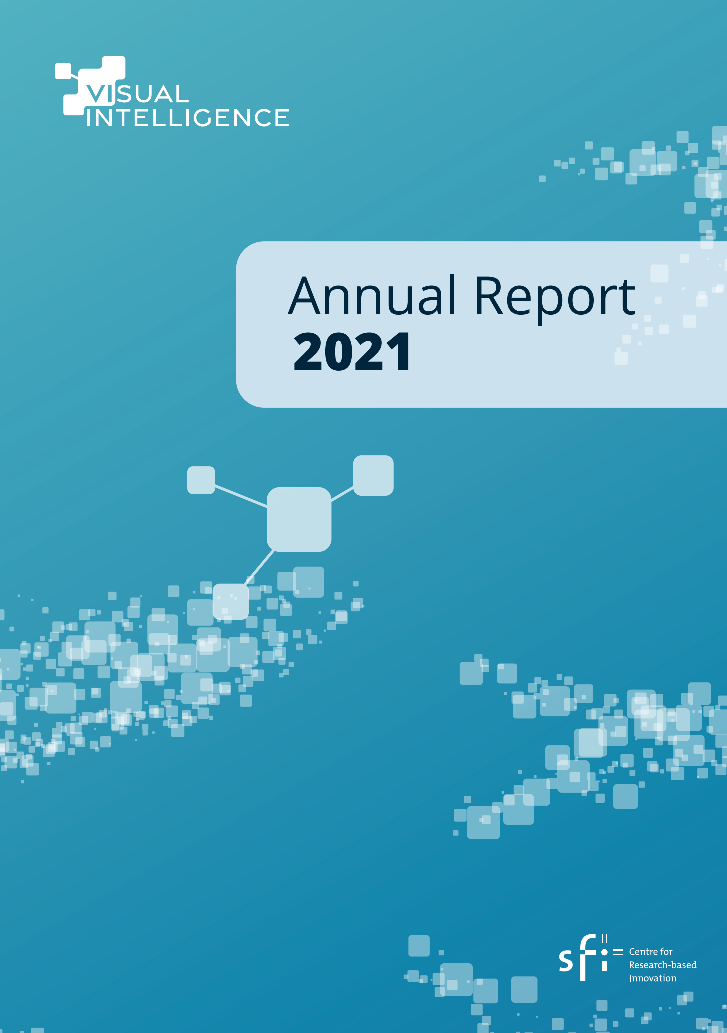 The Visual Intelligence annual report for 2021 is now published. 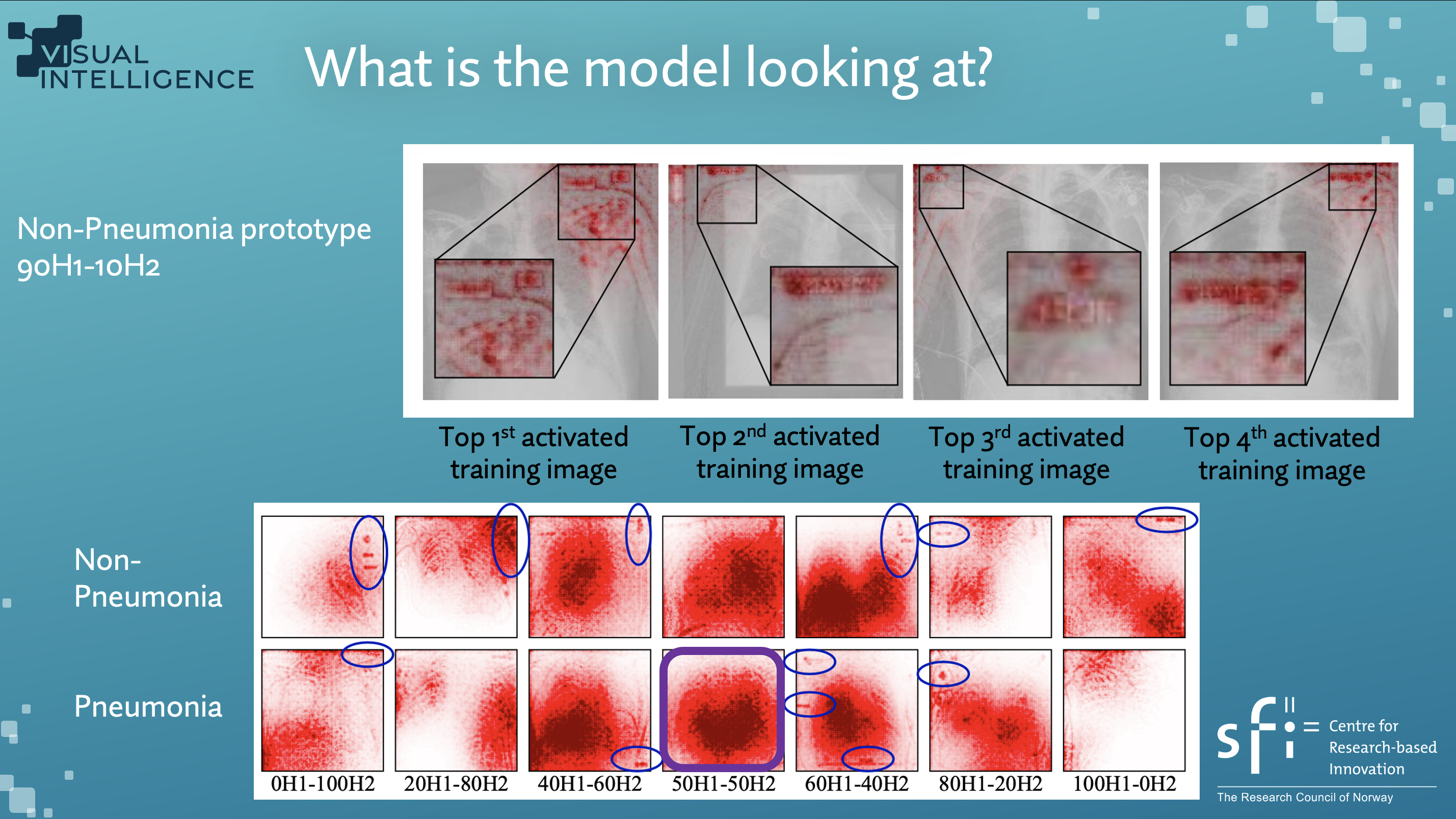 Talk about Ethics in AI at the Aim North 2022 conference 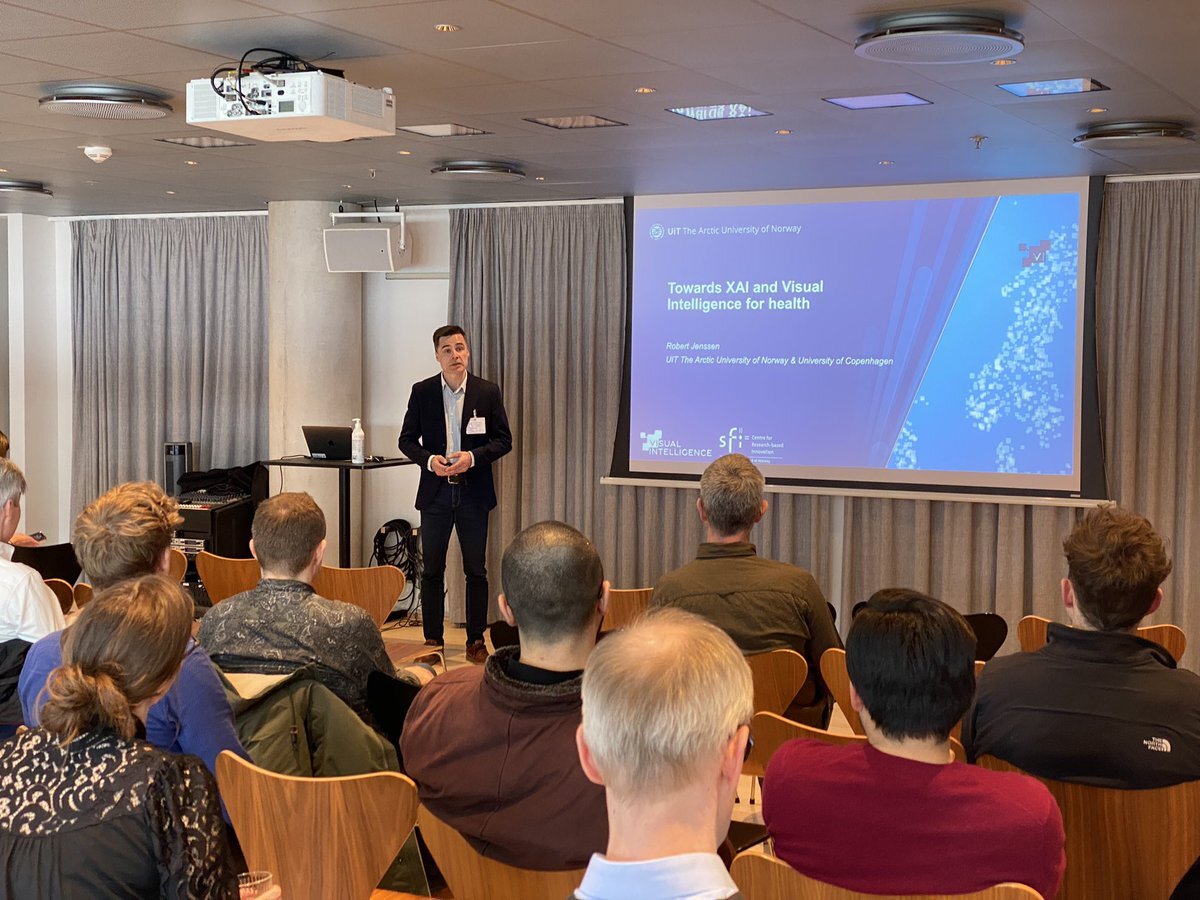 The Pioneer AI Centre is Denmark's flagship centre on AI, headed by prof. Serge Belongie, University of Copenhagen/KU. The official opening of the centre took place March 28 2022 at the "Black Diamond" in Copenhagen city centre. 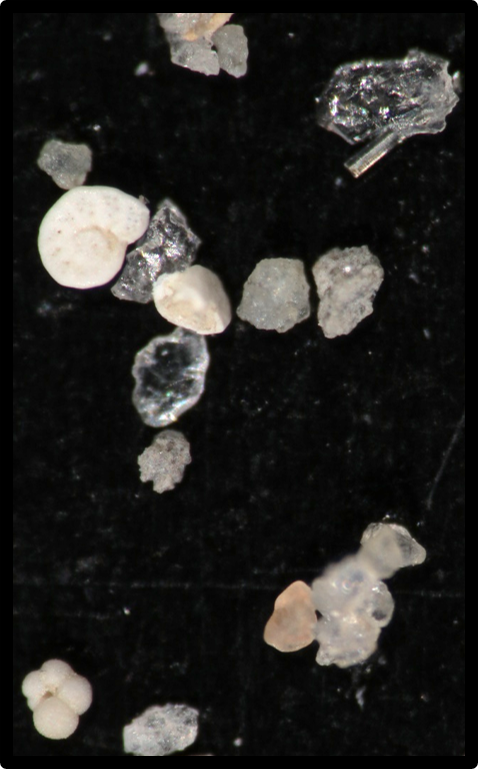 Transforming ocean surveying by the power of DL and statistical methods

New project associated with Visual Intelligence on reduce bottlenecks related to uncertainty estimates in classification by a combined statistical and machine learning approach. The project is on recognition of specific objects at and within the seabed from several image types.

The Visual Intelligence Graduate School (VIGS) will be an important component in the NORA research school and Visual Intelligence's Northern Lights Deep Learning (NLDL) conference will be a venue for winter school activities within this nation-wide initiative. 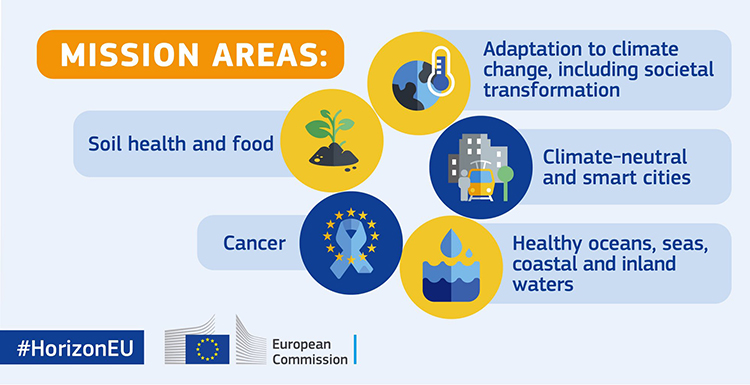 Visual Intelligence is happy to be a partner in a newly funded Horizon Europe project on AI-supported picture analysis within healthcare! 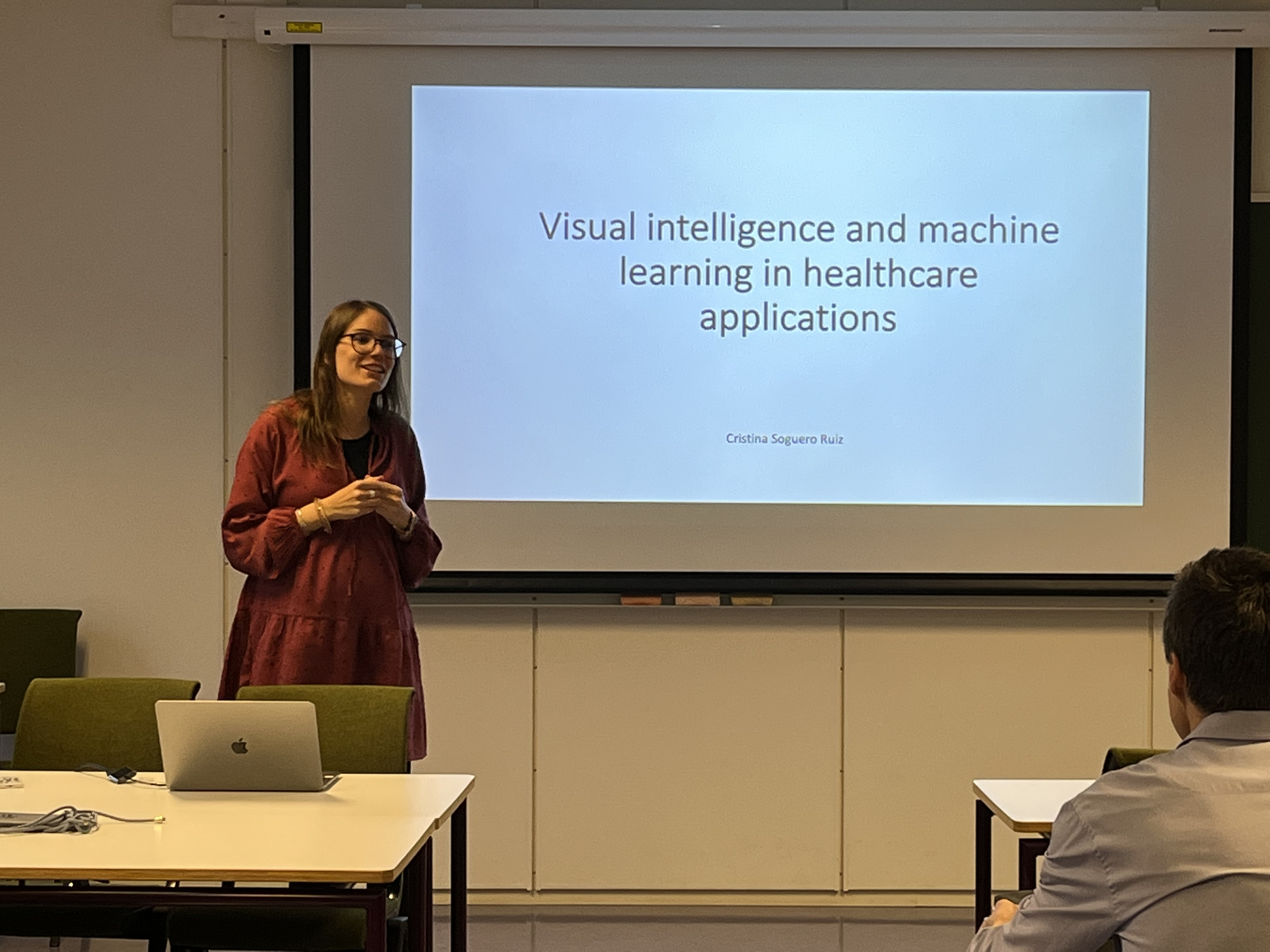 Associate Professor Cristina Soguero-Ruiz visited Tromsø and gave a very interesting talk on March 17th 2022 on how to exploit AI and machine learning for medical image analysis and healthcare applications. 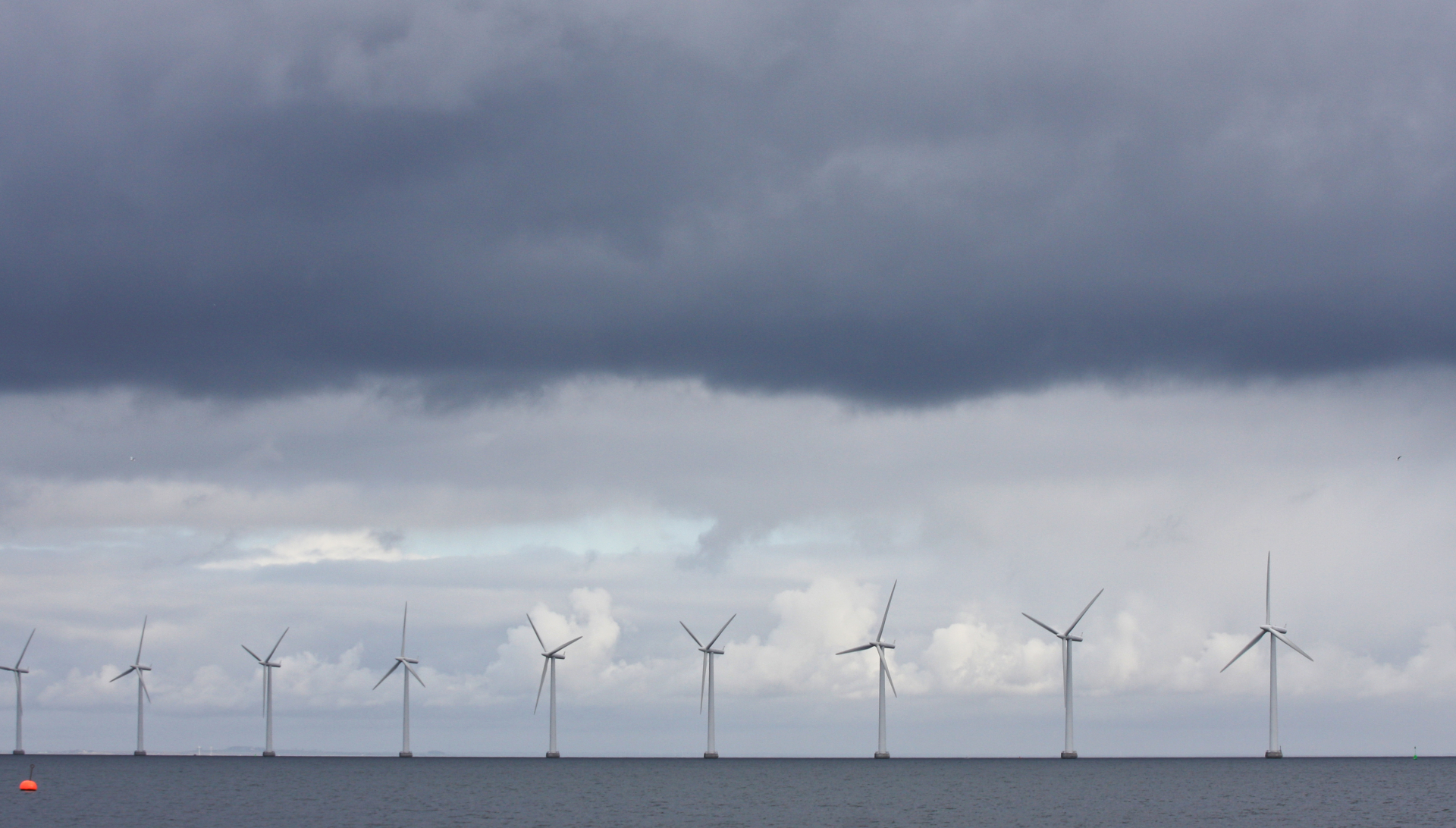 Through the ongoing Akademia Avtale fund between Equinor and UiT. The goal is to develop new innovative approaches for combining image data and other sources of information in the context of wind energy. 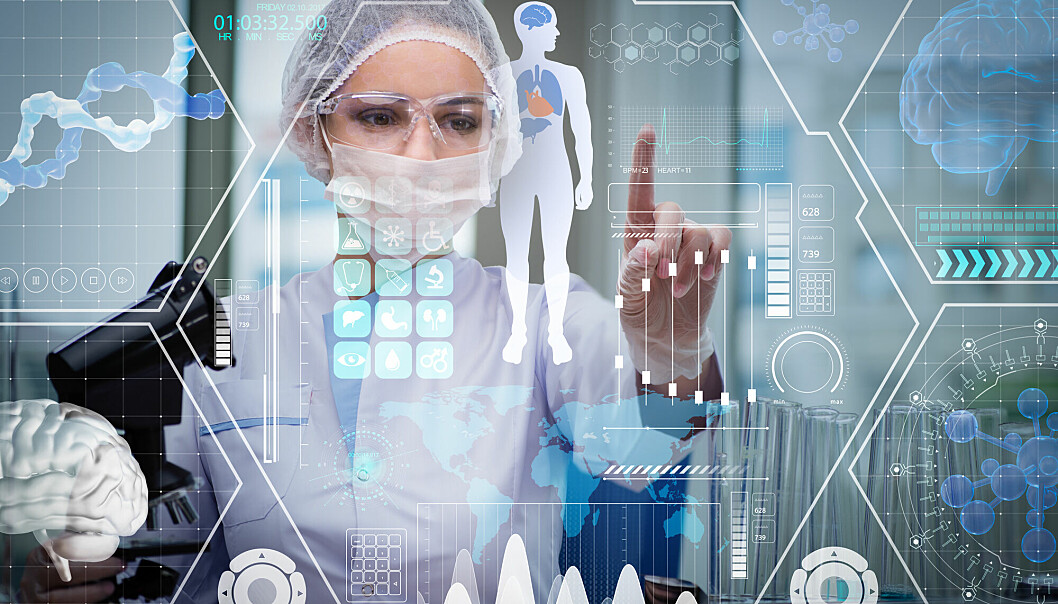 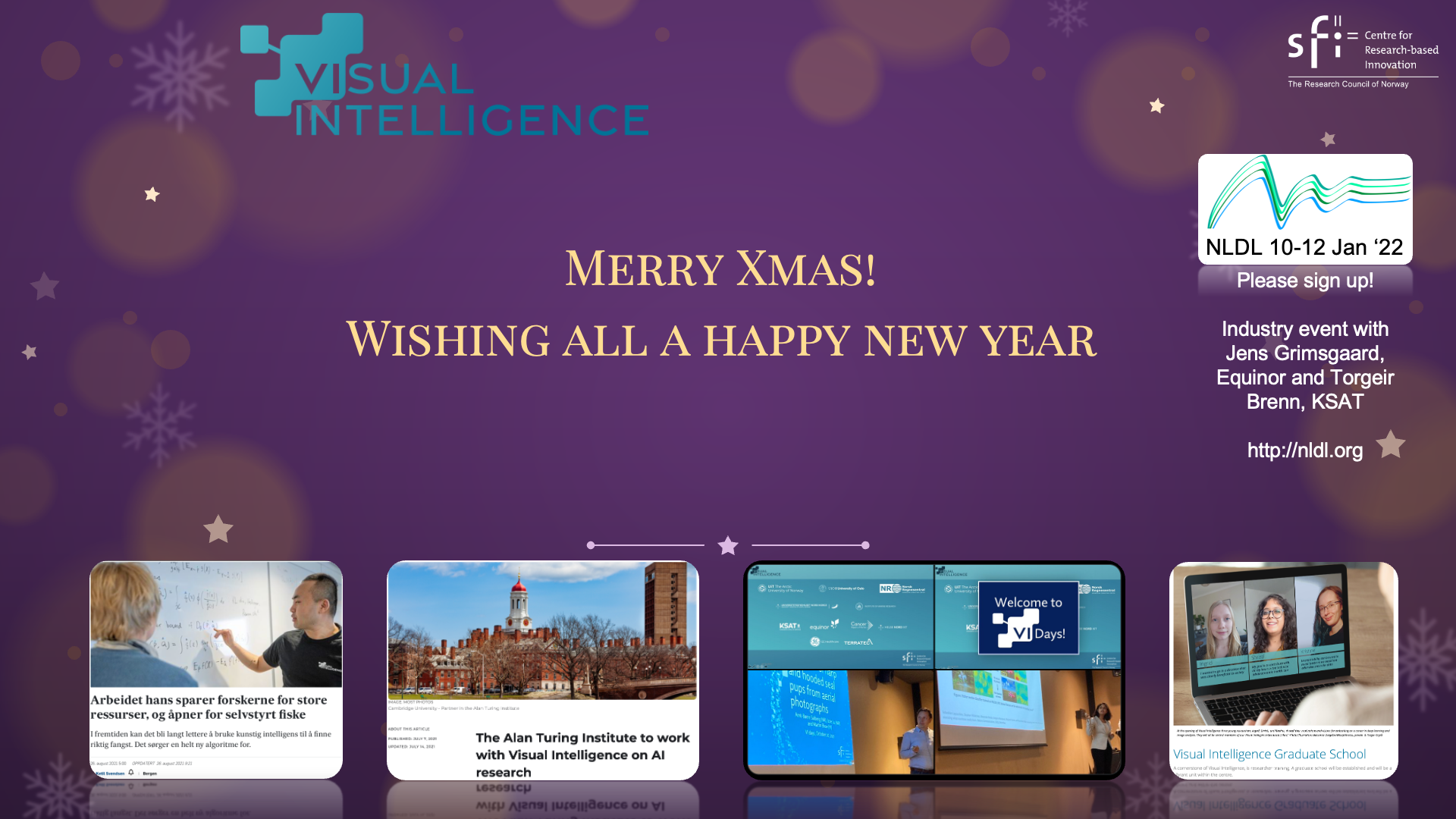 Visual Intelligence wishes you a Merry Christmas and a Happy New Year! 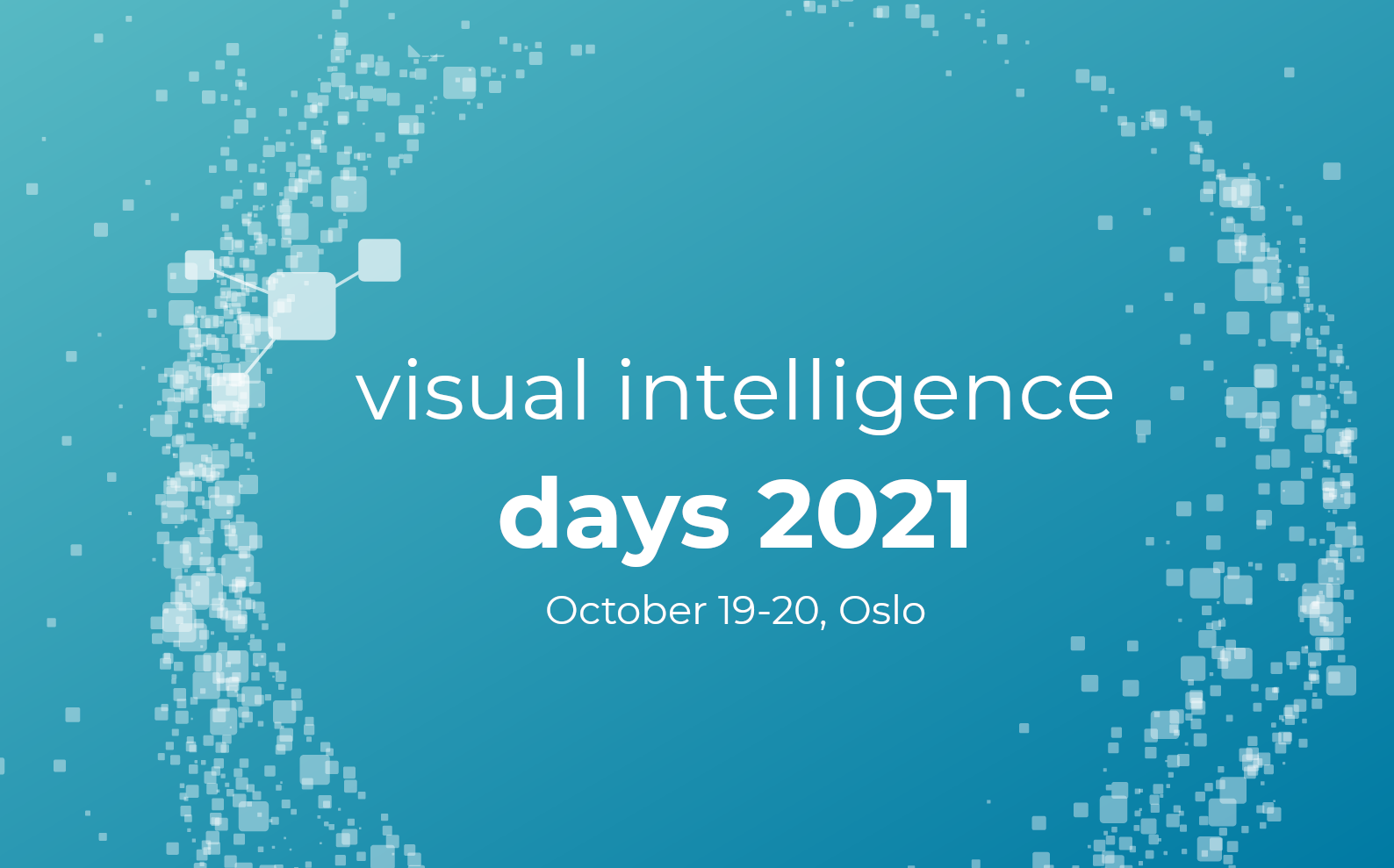 The "Visual Intelligence days" is coming up shortly, and VI-collaborators will gather in Oslo to connect and share knowledge. Phd-students and early career researchers will also gather one day in advance to socialize. Please see the updated program. 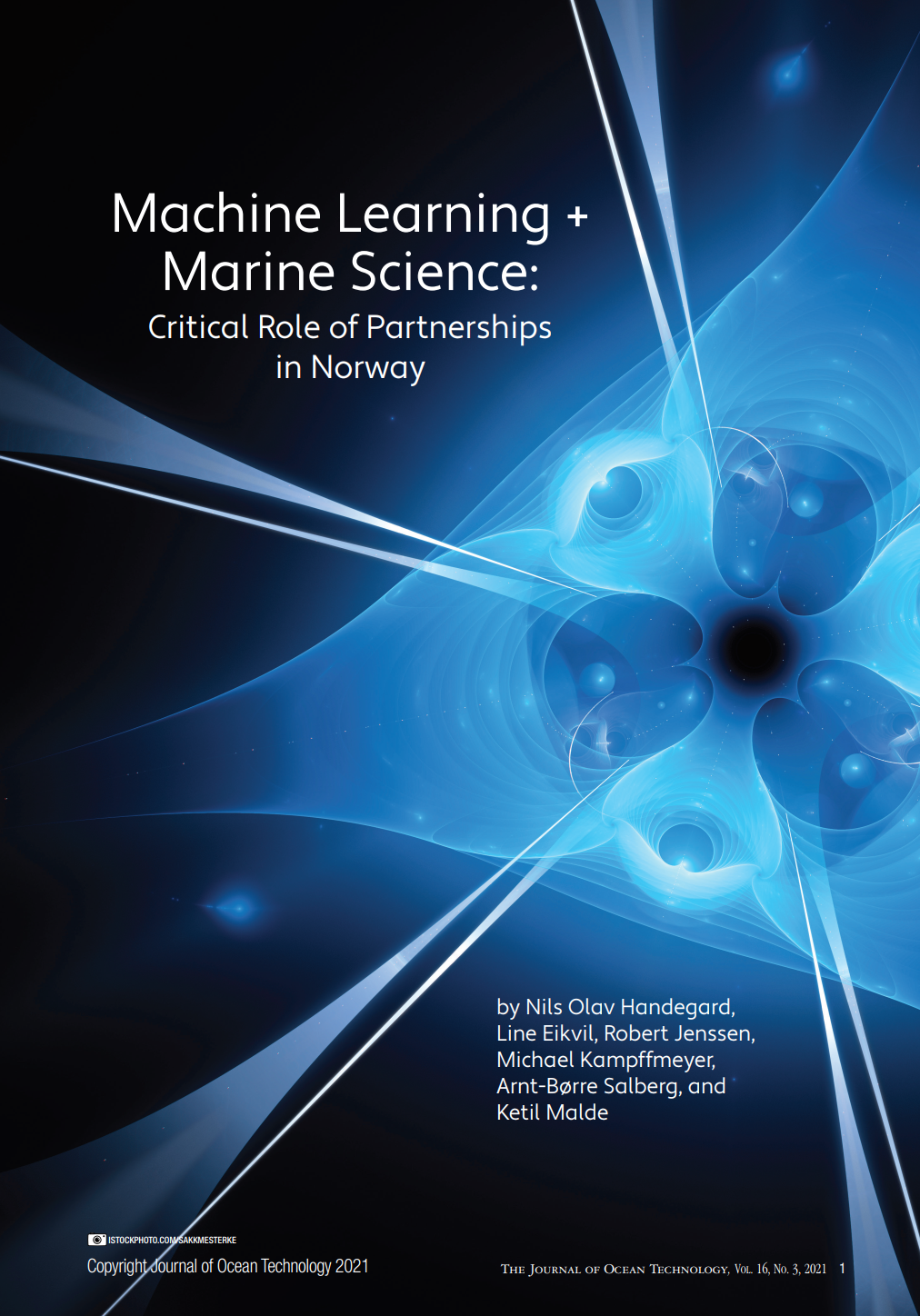 The paper review some recent advances in developing machine learning methods for marine science applications in Norway. It is published in the Journal of Ocean Technology 2021. 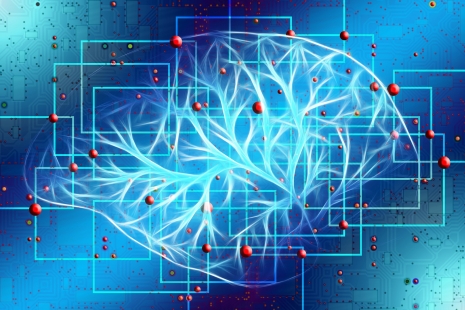 How is AI affecting democratic processes?

Director Robert Jenssen gave a talk and participated in a panel debate organized by the Norwegian Academy of Science and Letters on the topic “How is AI affecting democratic processes?“. 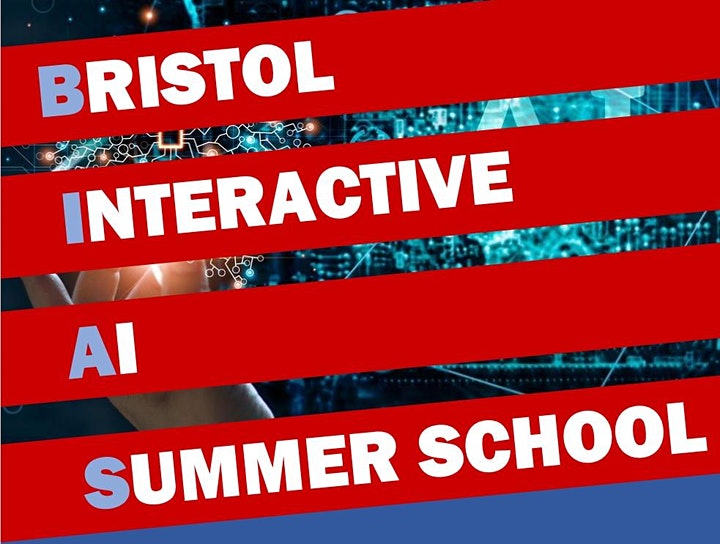 Director of Visual Intelligence Robert Jenssen gave a talk at the BIAS Summer school at University of Bristol. The talk describes how deep learning is leveraged in computer vision in an industrial innovation project for monitoring power lines in Norway. 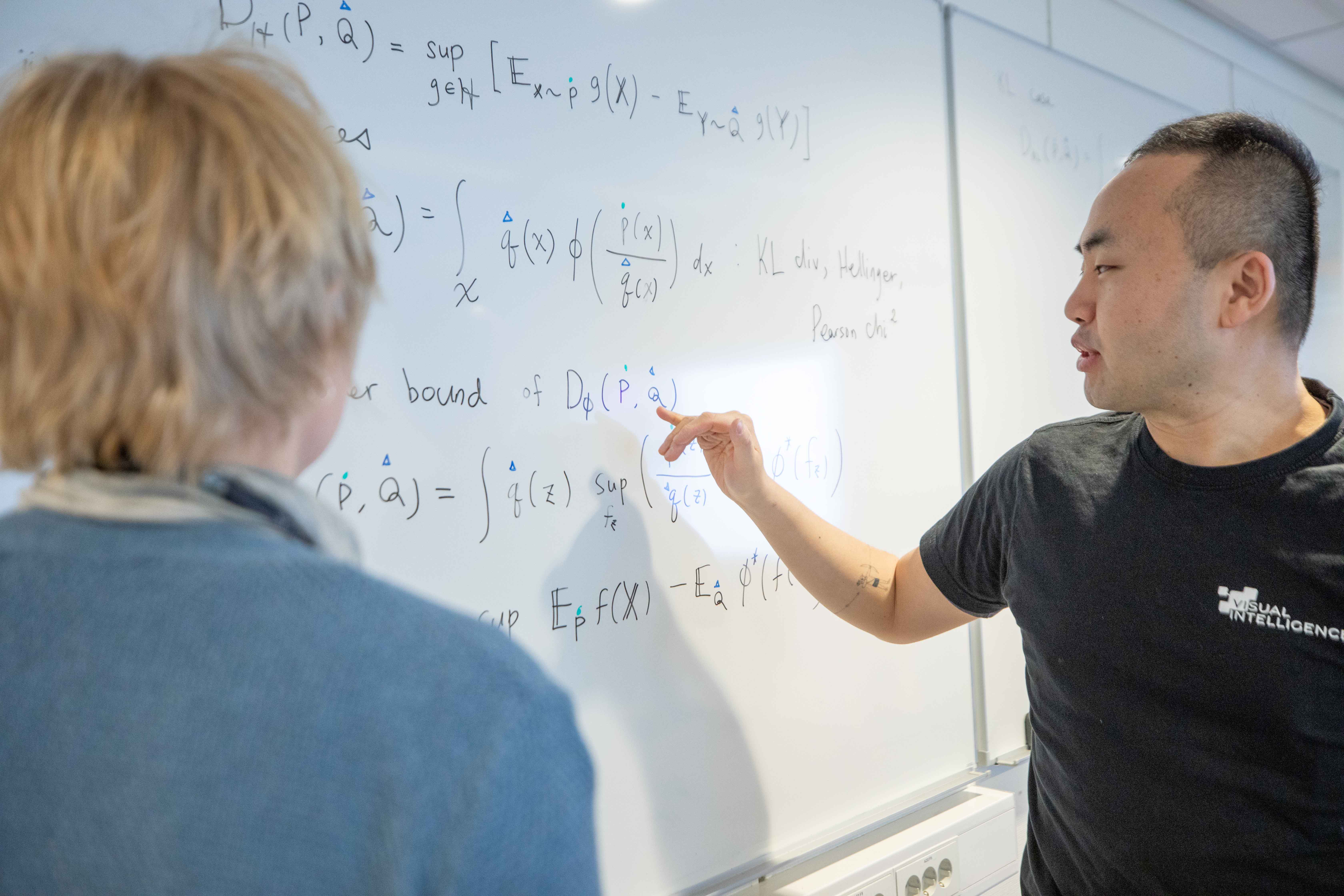 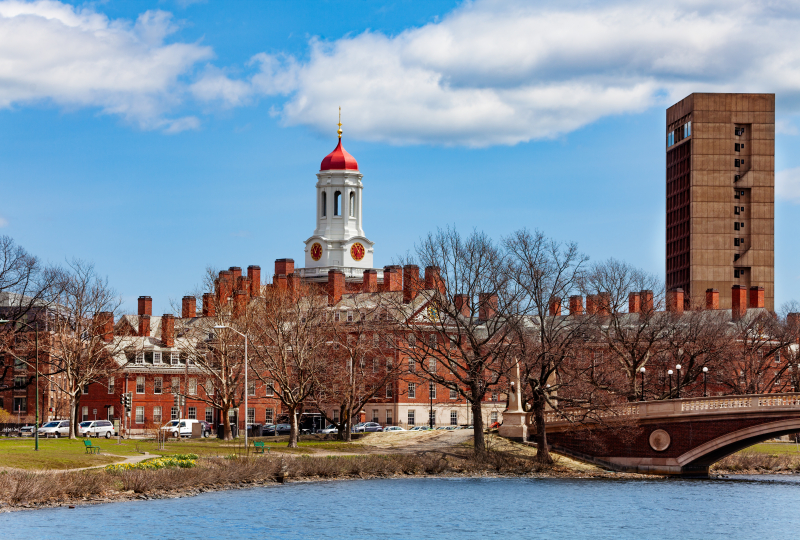 The Alan Turing Institute and Visual Intelligence have signed a Memorandum of Understanding (MoU) with the intention to set up exciting avenues for joint research. 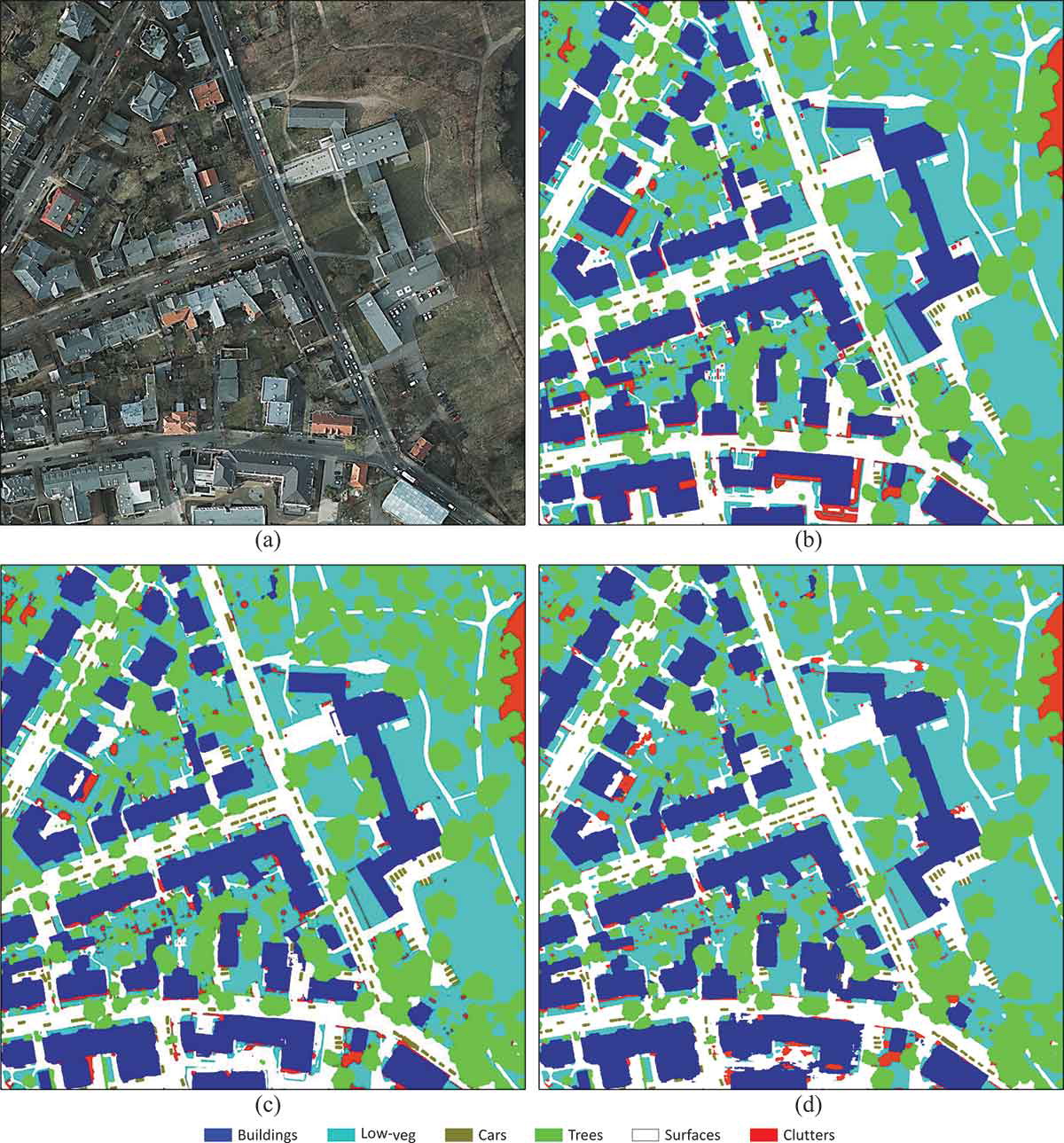 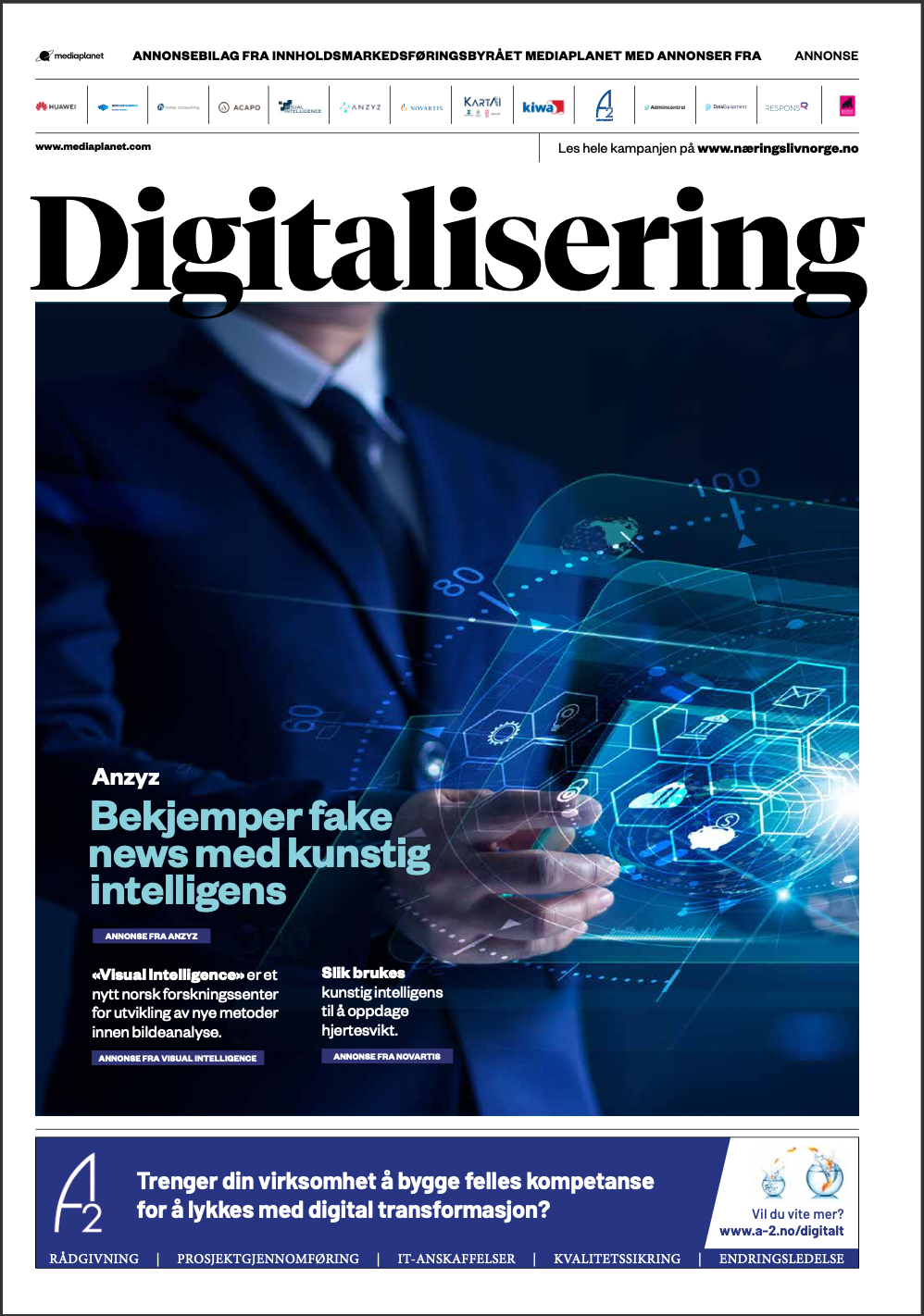 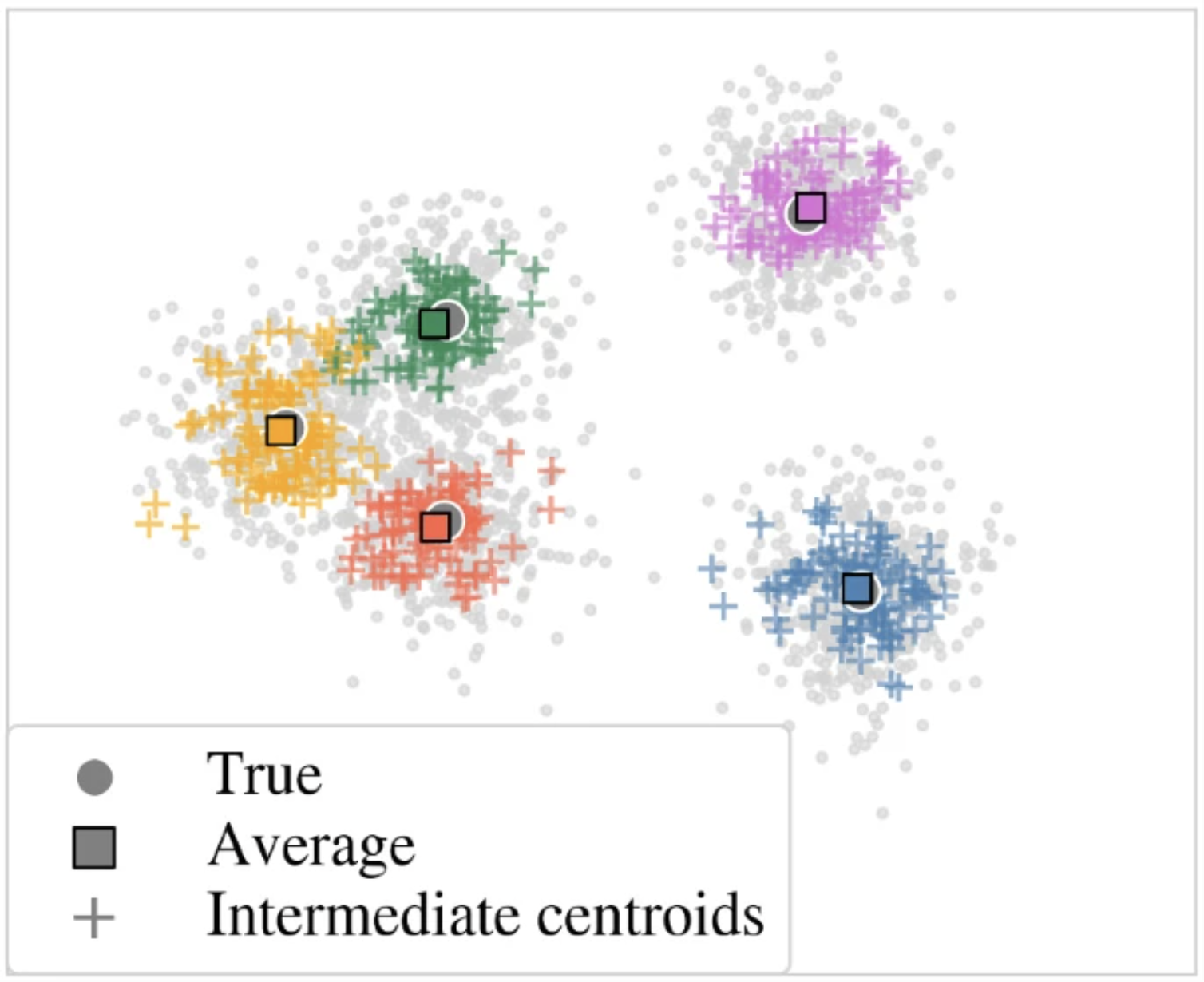 Ahcène Boubekki, Michael Kampffmeyer, Ulf Brefeld and Robert Jenssen have published their paper Joint optimization of an autoencoder for clustering and embedding in journal Machine Learning (2021).